I’ve noticed that weddings, as a whole, generally suck.

To those readers who are married (or gay married) just realize that there is a good chance your guests feel the same way I do. I apologize, but it’s true.

Why do they suck so much? Because weddings are held for the benefit of one, maybe two people. Namely the bride and possibly the groom.

The rest of us just suffer through.

Here is a typical wedding from the perspective of a guest:

– have to get dressed up
– sometimes have to travel long distances
– have to provide some sort of gift
– usually takes up a good chunk of a Saturday
– have to sit through a stuffy, maudlin ceremony
– have to make small talk awkwardly with tons of people you don’t know while the wedding party takes pictures
– held captive through cake cutting and first dances
– can’t get sloppy drunk because you want to be able to drive away as soon as you can

And weddings are extra-fun to attend if you are single and gay. Because it’s super neato to have something that you’ll never take part in rubbed in your face.

So, why do I bring this up?

Because on Saturday I drove home to attend my ex step-brother’s wedding.

Yes it was a lovely ceremony, yes there was good food and dancing, and yes the family was all drunk and happy. 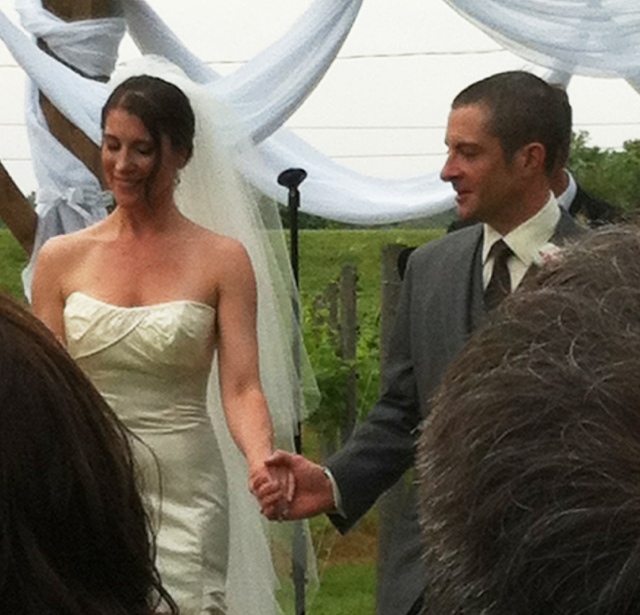 It was outdoors at a winery, hotter than blue blazes, but thankfully only a 25 minute ceremony.

It also had an open bar and there was TONS of food. We’re talkingl fancy tapas, and there were 25 different items on the menu! There were so many options I didn’t get to try them all.

And there was also a live band and an outdoor tent for dancing. 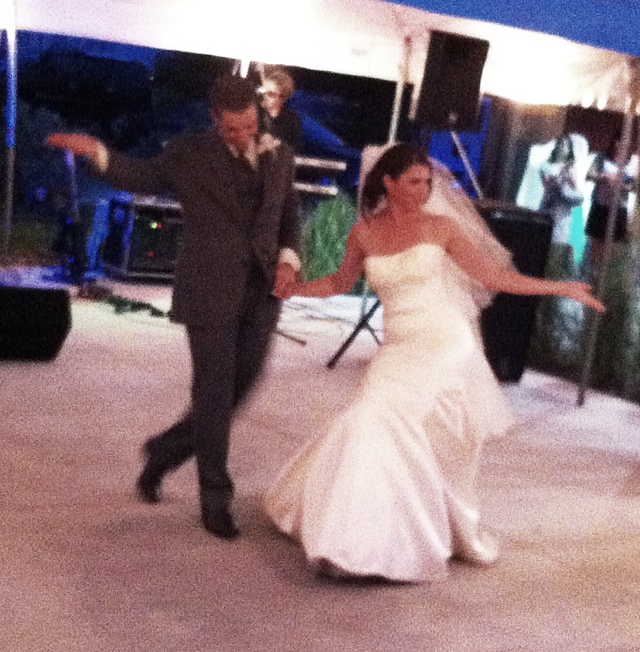 I had “band camp” all morning, drove 4+ hours home for the wedding, and then had to drive 4+ hours back that night for band camp all day Sunday.

I stayed as long as I could, and performed my familial dancing obligations before I hit the road around 10 pm.

It made for a long, difficult weekend. And not just difficult because I was tired.

While I am truly happy for my step-bro, I can’t help feeling just the teensiest bit bitter, too. And melancholy.

For the longest time, my step-bro was a “confirmed bachelor” like myself. We both had bad cases of the stubborn, independent, only-child syndrome and were rapidly approaching middle age alone.

And while the prospect of marriage for me was never even contemplated, most of the family openly lamented the fact that it appeared he would never get hitched.

Being the only “single” guest at this wedding wasn’t a lot of fun, and neither was not being able to drink. All I could do was look on as everyone got lit and danced as couples.

And I’m pretty sure I was the only fag, too– other than the slightly creepy photographer, that is.

I also learned that my father paid for the entire reception, which given the food, the venue, the alcohol, and the band could not have been cheap.

And while I do not begrudge this expenditure in the least, part of me understands money was no object because he’ll never have to pay for a reception for me.

It was all a bit sobering. And sucky (per usual).

After all, who the fuck wants to be sober while stuck at a family wedding?