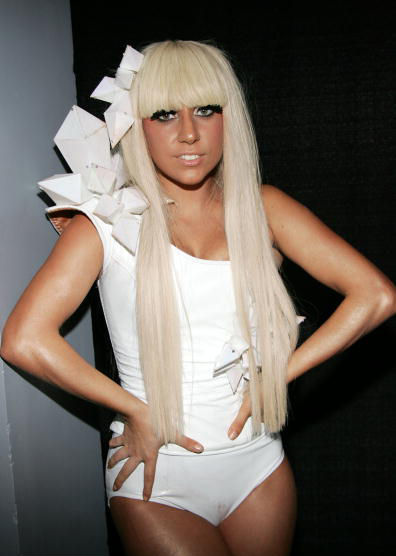 You mean she isn’t British??

Ok, and now for my Lady Gaga rant.

I was discussing Ms. Gaga with My Friend Kyle (MFK) the other day.  And I think we both came to the same conclusion that we just can’t embrace her and go all gay “gaga”.

Yes, we agreed there is talent there.  Her songs are catchy and well-written and she isn’t just some dumb Britney-esque dancing figurehead.  She can sing, write songs, and play musical instruments.  These are all big pluses.

And neither is he.

We can’t quite put our finger on it, either.  There is just something… unsavory about her.  But just by a titch.  Maybe there is just a fraction too MUCH spectacle?  (Can there be such a thing?)  Maybe she’s trying just a smidge too hard?  Maybe she is just too damn overexposed?

Maybe it’s the fact that I want to poke my brain out with something sharp every time I hear “Pokerface”?

Anyway, my current working theory is that it’s because she isn’t British.

She sorta looks British, and I feel she should be British– but she most definitely isn’t.  Christ, she sounds like a druggie from Queens when she talks.  But part of me feels I would more readily accept all that is Gaga if she were only…

Like if she had a cool British accent and were quirky and posh, I think- no, I KNOW- I would absolutely adore her!  And it would be totally acceptable, too, because it’s hip to like the foreign types and British musical artists have a certain ‘cachet’.

But unfortunately she’s American.  And because of this, I guess I just view her as a slightly more masculine version of Adam Lambert.  (Yeah.  Ewwww.)

All spectacle, no testicle.

(Although I will admit I used the last of my iTunes gift card to download her latest earwig “Bad Romance”.)

Yeah, that fucker’s in there to stay now.