Once again, the Minnesota State Fair lived down up to all expectations.  Kyle, Scott and I decided that this Sunday was destined to be the day for our visit.  It was a cool and sunny day, and it sure brought out the masses:

Of course there were ‘other’ kinds of masses present as well.  The trio below was just taking a load off: 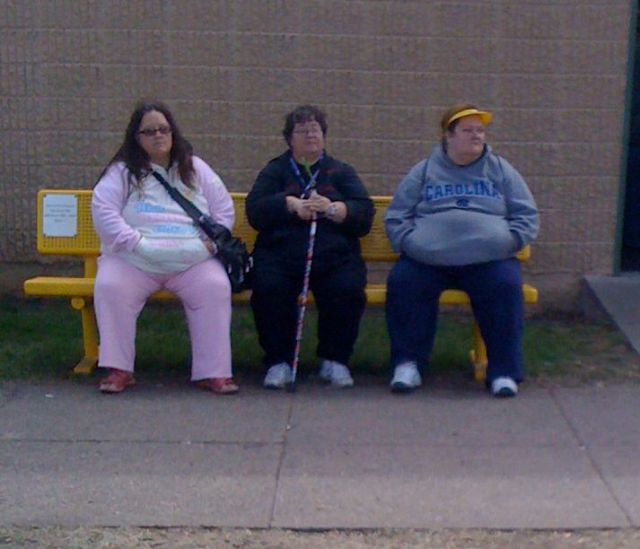 Fashion was all the rage too!  I honestly had to put my iPhone away because I just couldn’t keep up with all the spectacular visions.  I think the girl in pink, with the tight, mesh bolero top was seen on last season’s Project Runway:

It really is all about layering, you know.  Thanks to Scott for providing the necessary distraction so I could get the photo.

Scott mugged for the camera a couple other times too:

Ok, in the Merchandise Mart this guy was stuffing “Build-a-Bears”.  The ‘fluff nozzle’ was fed into the rectum of the bear carcass, and then said carcass was manipulated back and forth very rapidly while the stuffing technician gripped the nozzle firmly.  It, um, looked very, ah… yeah.

And this is what I bought at the Mart: 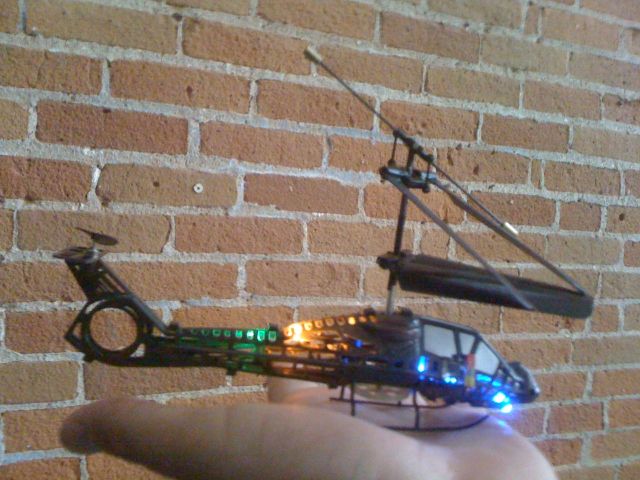 I have wanted a tiny, remote control helicopter for a long time now.  And there was a booth selling them, so I bought.  I’m not a very good pilot yet… and Phoebe absolutely HATES the thing!

Anyway, lots of fun was being had at the fair too– this crowd was getting into a percussion ensemble playing YMCA by the Village People.  I snapped this picture in mid-M. 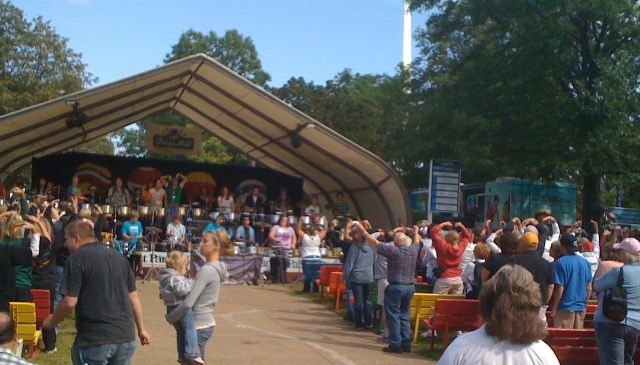 Did I mention that spray shellaced “glitter hair” was evidently all the rage this year? 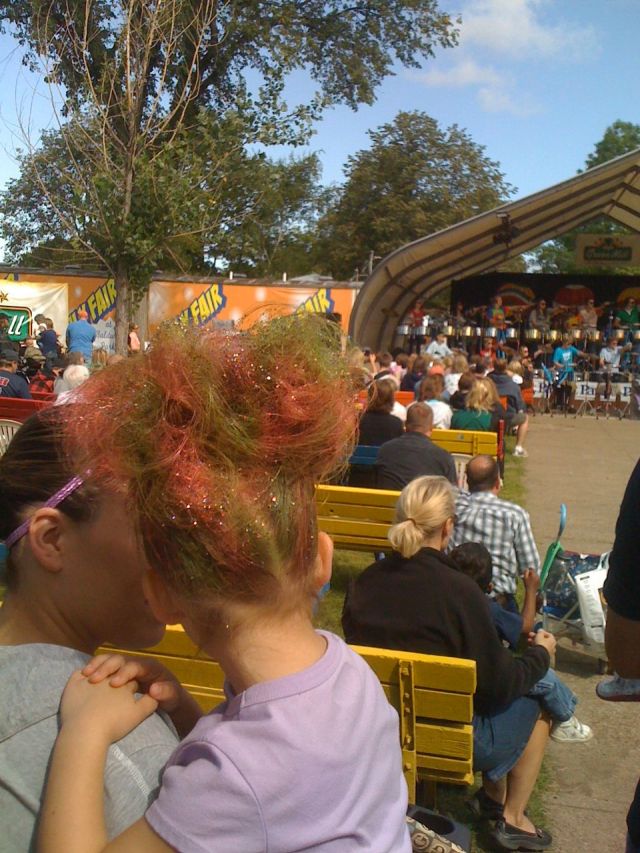 Good… but not quite as good as this:

Oh.  And there was plenty of tragically bad hair.  I never got a decent mullet shot, but I did manage to snap this one:

“That boy look like he got a skunk sittin’ on top of his head!”

And of course, what would the fair be without the animal exhibitions?  We saw horses a-plenty, goats, sheep, and of course… the prize pig: 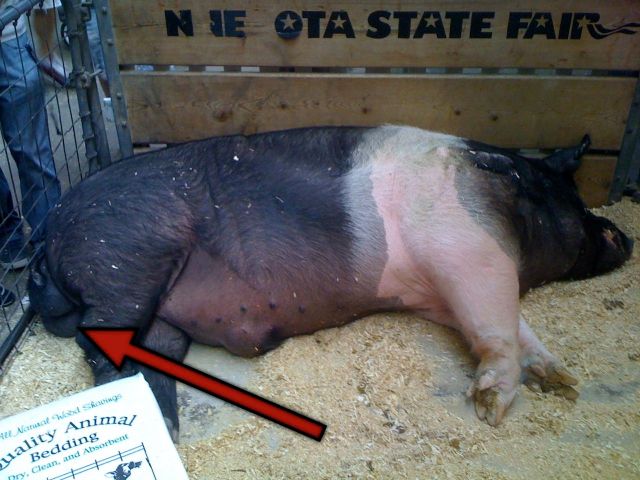 That’s about it, and it was enough State Fair for this year.